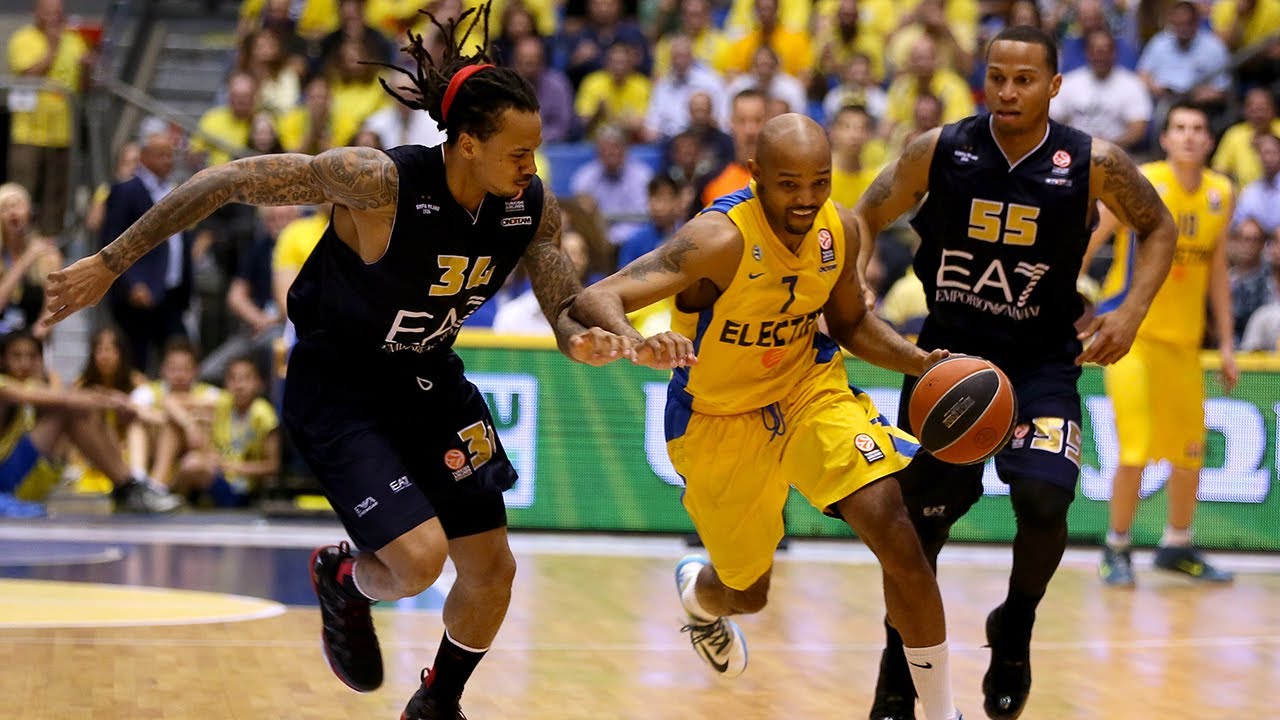 Maccabi Electra Tel Aviv advanced to the 2014 Turkish Airlines Euroleague Final Four on Wednesday night with a spectacular performance on its home court. Maccabi returned to the Final Four for the 12th time since the format was chosen in 1988 – and for the first time since 2011 – by downing EA7 Emporio Armani Milan 86-66 in front of a sellout crowd at Nokia Arena in Game 4 of their playoffs series. Maccabi won the series 3-1. Ricky Hickman and Alex Tyus paced the winners with 16 points apiece. Devin Smith added 13 while David Blu and Sofoklis Schortsanitis each had 11 for Maccabi. Smith and Tyus each pulled down 9 rebounds for the winners. Keith Langford led Milan with 28 points — all in the opening three quarters. Daniel Hackett added 10 for the guests.