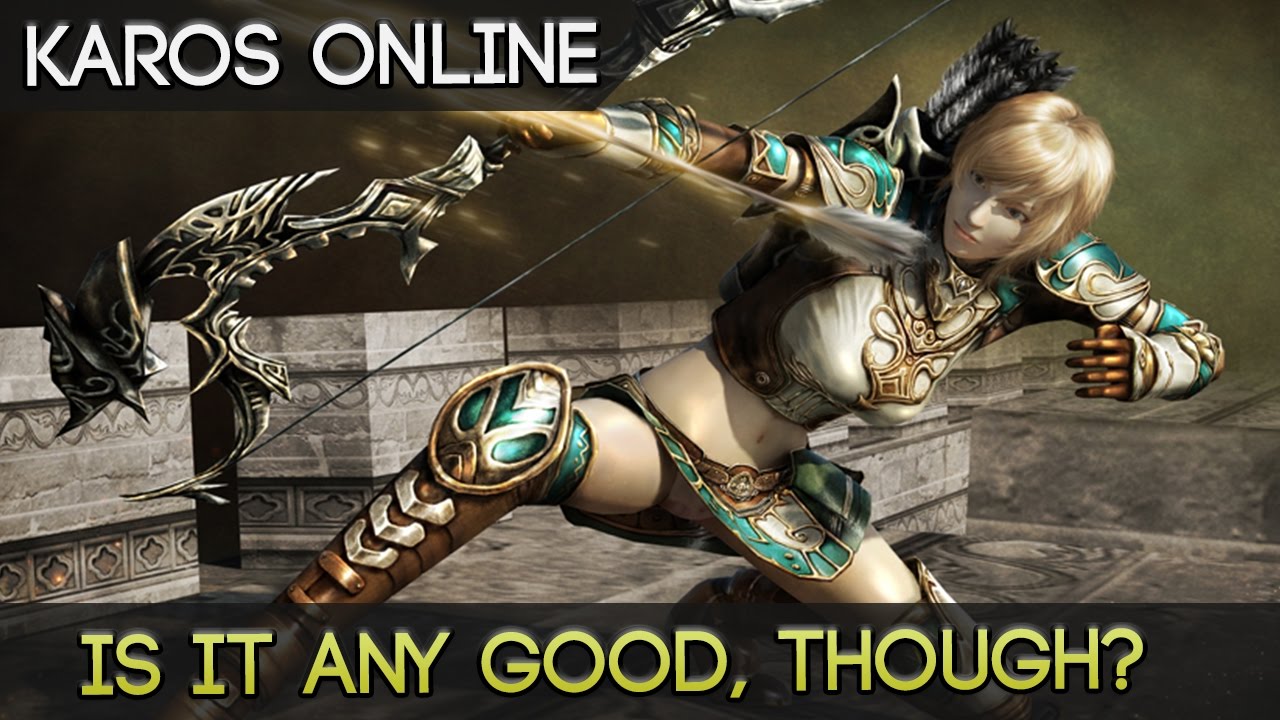 So today we had the opportunity to try out a very obscure MMORPG called Karos Online. This was something we’d never heard of, therefore it was a lot more entertaining going in to explore it.

Now, let’s talk about the game a little.

Graphically, Karos Online looks like pretty much every other generic fantasy MMORPG created in the late 2000s. Fairly average environments, monsters, etc., but at the very least we were given surprisingly decent looking character models.

Combat in Karos Online was traditional tab-target/click to select an enemy – nothing fancy, nothing really stood out. Skills seemed decent enough for a game made in its time.

We spent a lot of time running back and forth between NPCs (not doing much killing, actually,) which was a much slower change of pace. We were left at times wondering when we’d get to engage some monsters but after a solid hour or so we finally got to a point where we could somewhat free-roam and mess some monsters up.

All in all, we had a decent enough time on Karos Online but doubt we would recommend it to anyone.

Is Karos Online the best MMORPG? Unlikely, however, it’s definitely something new to waste time on!

Karos Online is a Free to play (f2p) MMORPG.

Outro: Rameses B – Beside You (feat. Soundr)