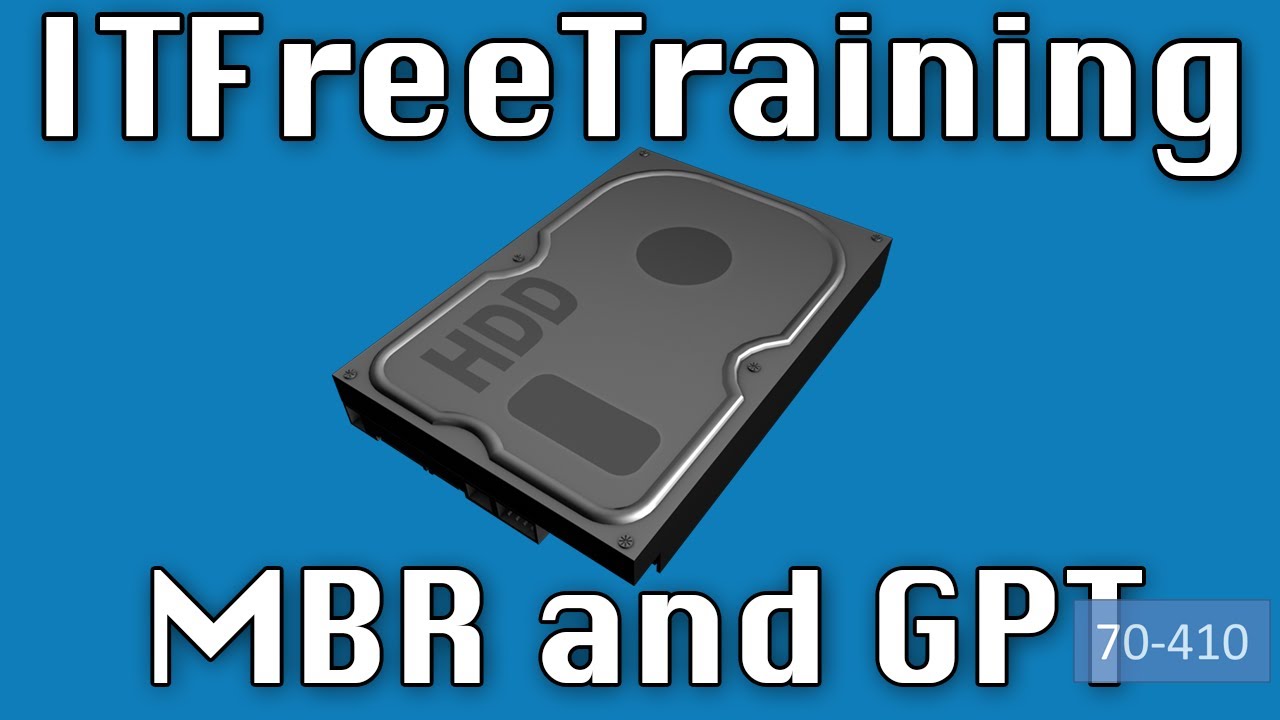 There are two different partition types available. These are MBR (Master Boot Record) and GPT (GUID Partition Table). MBR is the older style that offers more compatibility while GPT is newer and offers more features, most notably, it supports larger devices. In some cases, GPT may require particular hardware in order to run.

Converting between the two
If your hard disk is less than 2 terabytes, use MBR. This will offer you the most compatibility. If you do need to change between the two, most likely GPT to MBR, Windows can convert the drive; however, it will first need to have all the partitions removed thus erasing all the data on the drive. Third-party software is available for Windows which can convert the partition table without losing the data. Otherwise there is Linux software which can perform the conversion. Before converting the partition table, make sure that you back up all data on the drive.

See or for our always free training videos. This is only one video from the many free courses available on YouTube.