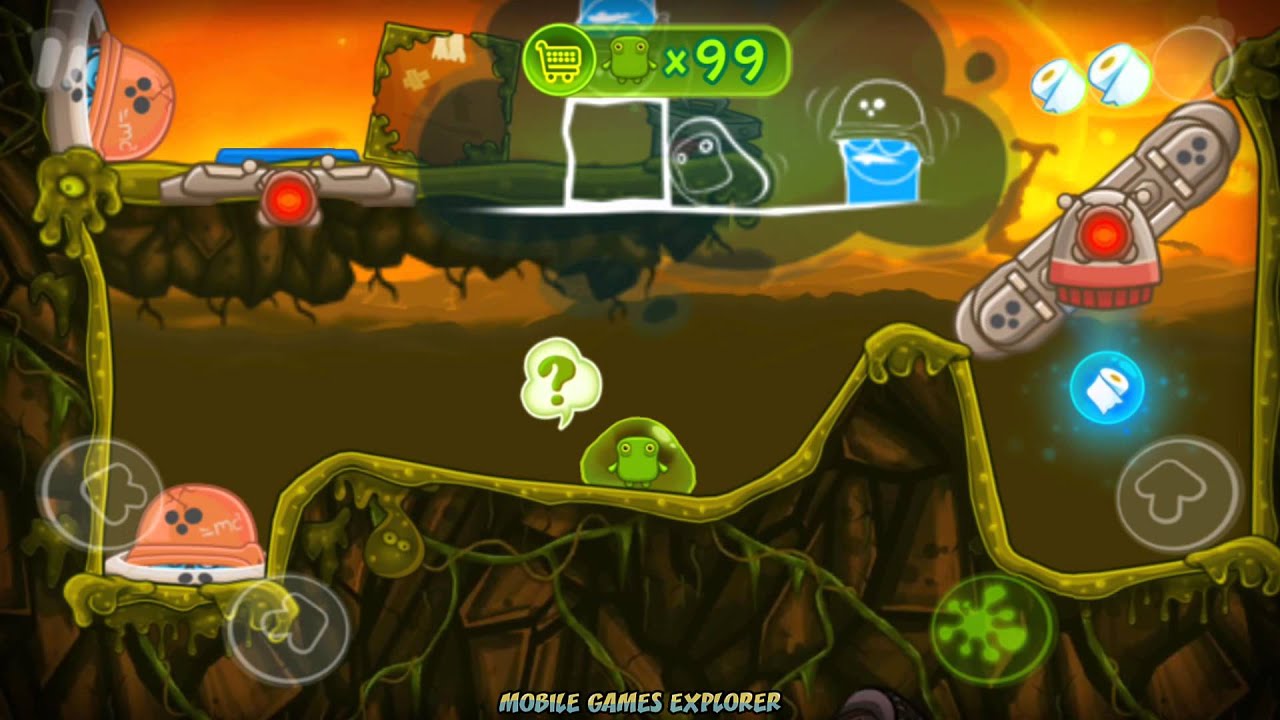 Squishy, mushy, and tiny – these are best words for this cute creature named Wimp. But do not underestimate his bravery for he will embark on a wild adventure here in Wimp: Ultimate. What you must do now is help and control Wimp in each area looking for his stolen undies. You should also look for the culprit who stole them too. Lots of puzzles and challenges will be offered to test your problem-solving skills. You need to activate switches to activate devices or jump from platform to platform to get on new areas. Wimp may be small, but he can do lots of nice abilities that you will unlock as you progress in the game.

“`
Ok. Ok, yeah, I know. Toilet humor is juvenile, it’s immature, and it’s the mark of lowbrow thinking. That said, it’s also ridiculously funny, and it tickles the funny bones of the silly little 8-year old in all of us. Combine that humor with a well-designed platformer, and you’ve got a great game with the name of Wimp Ultimate.

With a name like Wimp Ultimate, you’d expect it to be something about a pathetic school-kid or something, who’s on a quest to fight back against the bullies and win the girl maybe. Instead, you get a game about squishy little green guy on a quest (well, the “quest” part is there, I suppose, but no bullies and no girls) to recover his stolen underwear. Yeah… we didn’t think that little mucous-blobs wore underwear either, but hey, it’s a game and it’s fun, so no worries there.

The graphics are really, really good. And not just for a silly toilet humor game either, they’re pretty good for just about any game that you’d play. The sprites for the characters and the interactive elements all work really well, giving the game some real panache. There’s a great deal of detail everywhere you go, everywhere from the different characters, to the backgrounds, to the levels themselves. Sure, that detail is often slime-encrusted and absolutely filthy, but that doesn’t detract from how well the graphics are designed and rendered.

The music and the sounds in the game fit in just as well. The music is catchy and upbeat, making the gaming process that much more fun. The sounds are rather silly and fun, with little fart noises (tee hee! farts! *ahem* that’s enough from you, grade-school me. Now go sit in the corner. There’s a good lad.) every time your character jumps and splooshy-squishy noises every time you land. These come together with the graphics for some really great ambiance and gameplay fun.

The controls are fairly simple in the game, as is common with platformers. More than a platformer though, this game is also a puzzler of sorts, as it’s rarely as simple as going from point A to point B. There are various obstacles around that you’ll need to bypass using your various abilities. Of course, you’ll also need to use the environment to your advantage, and that’s where half the fun comes from. You can jump around, stick to things, and move in all sorts of ways. That’s the easy part to master. What’s tricky is using all of these abilities in conjunction with one another to enable you to accomplish your ultimate goal of getting your underwear back. Yeah, it’s silly, and it might seem a bit much for such a simple goal, but it’s absolutely awesome.

And that wrapos it up for this article. Go on. Give in to the dark side. Go ahead and get in touch with your inner (silly) child by going on and downloading Wimp Ultimate. It’s a fun game, and your grade-school self will thank you for the hours of fun you’ll have with this game.